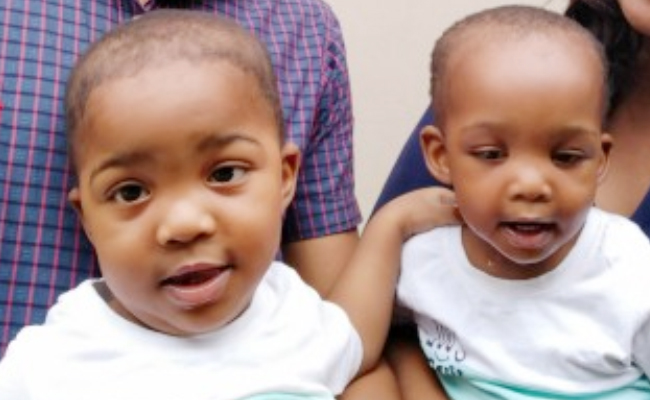 Tebogo, 31, said: ‘The doctor stared  between us and the screen, and eventually he told us that do you know you have one was 14 weeks old and the other 13 weeks. We just couldn’t believe it, we’d only gone in to find out the s.e.x, thinking we were only having one baby. To be told not only that we were having twins, but that they were conceived one week apart was incredible. The difference in  a weeks was a total surprise, we were completely speechless.

After that they go to find information about it. The phenomenon, called superfetation, means two babies can be conceived separately but develop together in the womb.

‘We aren’t sure which one of our boys was conceived first, but they are definitely very different. They’ve been hitting milestones differently, but they’re both very intelligent boys.”explained Tebogo. 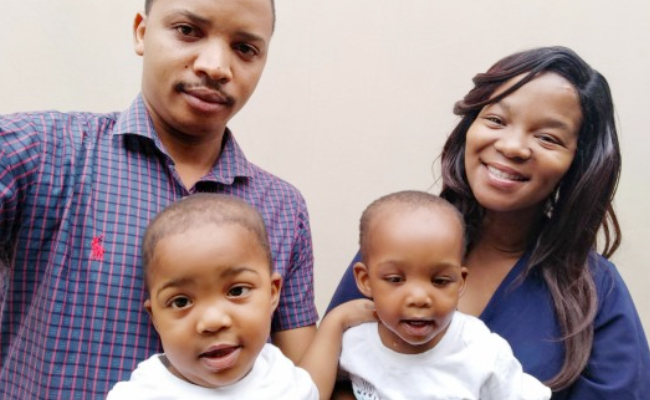 Adar started walking at eight months, but Asher was a bit later, and even now he can walk, but he always chooses not to. Asher started talking much earlier. Asher is very slim and slender, and Adar looks more chubby, but they weigh the same amount. From a distance, you would think Adar is shorter, but they are actually the same height.

While they don’t know for sure who was conceived first, the couple suspects it was Adar, as he was born first. Adar is the more positive  and outgoing of the two, whereas Asher is more co-dependent, always waits for permission.