Twins Who Married Twins And Had ‘Quaternary’ Twins Share Their Life

Twins who married twins and had ‘quaternary twins’ offer a glimpse of what their daily life is like.    Josh and Jeremy Salyers told their mom they would marry Brittany and Briana after meeting them at a twins festival. The guys had known them less than a day and they knew instantly they were the ones meant for them. 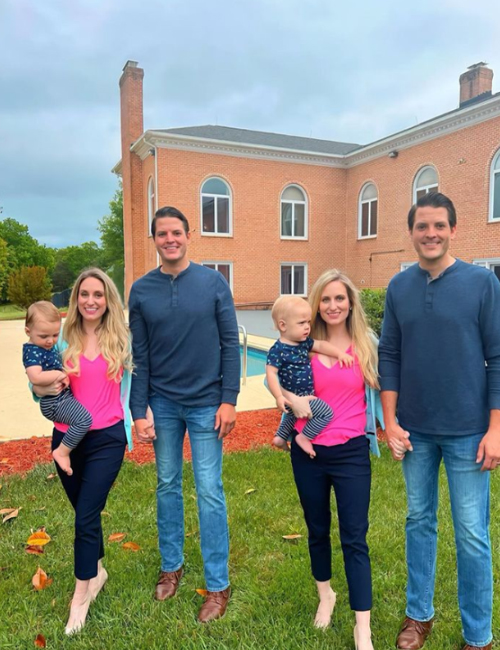 “My reaction was like, ‘Oh my gosh, we feel so drawn to them – I hope they feel like that about us too. We found out later that they went home after meeting us, and they told their mom that they were going to marry us,” Brittany shared.

The best part is they helped Brittany and Braina’s dreams come true. The girls had dreamed of doing life together as twins and hoped to marry twins someday. And now their dreams are reality. 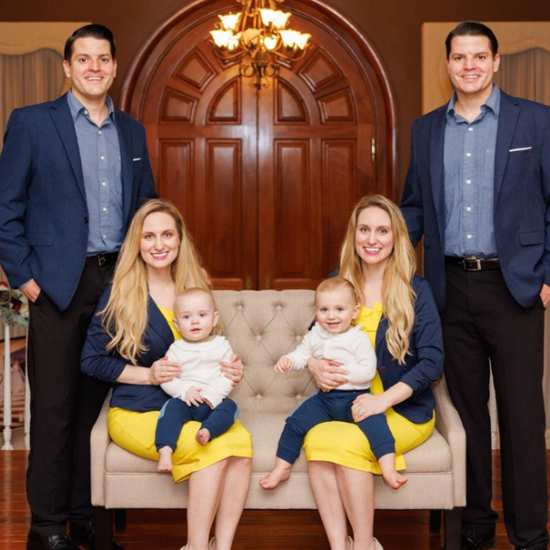 The couples not only got married in a double wedding, but they also bought a house they could share, and had “quaternary twins”. They are now mothers to each other’s kids because of the rare phenomenon of twins marrying twins, which means their children are cousins and genetic siblings at the same time. 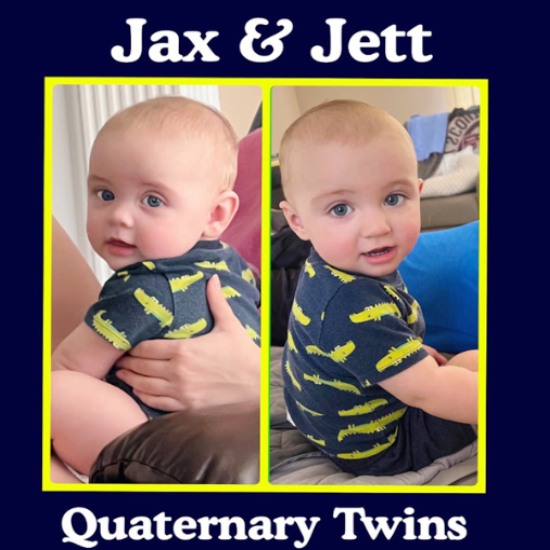 Both Jett and Jax know they have two moms and two dads. That means it’s double the fun and double the love.

“We do everything as a family, we’re really inseparable. It’s like this magical existence,” Brianna said. The couples share everything, including parenting, laundry, and even grocery shopping. And the couples wouldn’t have it any other way. 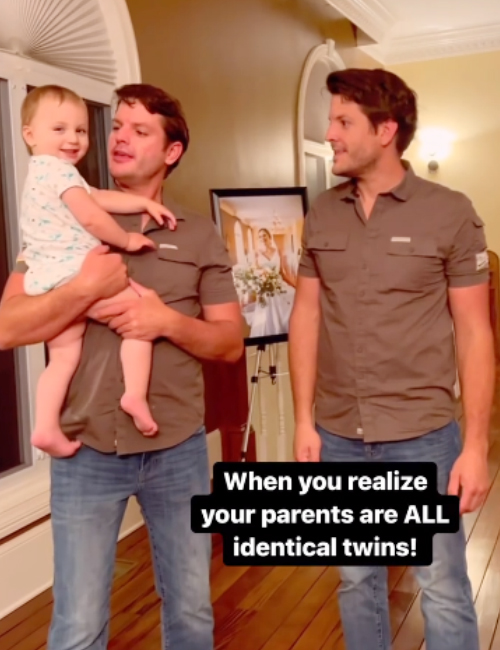 They are a shining example of what it means to love and honor your family. They cherish the small moments and the big moments too. This includes working together too. Brittany and Briana are attorneys, and Josh and Jeremy run a wedding venue. But that’s not all. Brittany and Briana are working on a historical novel. It happens to be about twins too! God certainly has blessed these pairs with love, a strong sense of family, and identity. We can’t wait to see more from them as they continue to share their twin life adventures. 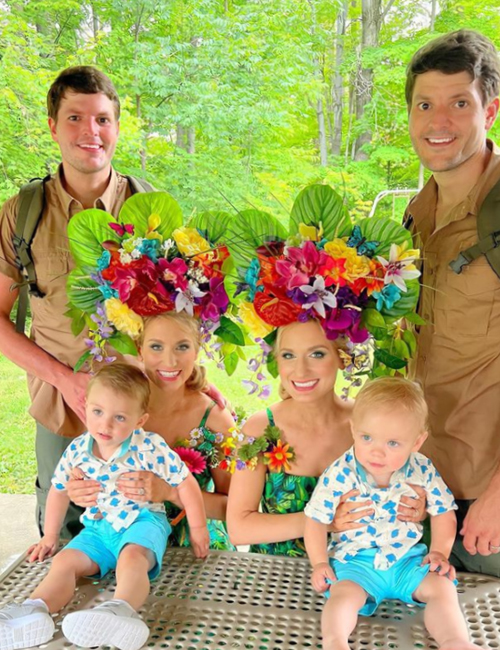 Early last year, the couples bought a mansion near picturesque Smith Mountain Lake in central Virginia, named the expansive country estate Smith Mountain Manor and transformed it into a wedding venue. The grounds include a pool, vegetable gardens and acres of lawns. Inside, Josh and Jeremy built a nursery for Josh and Jax, who are being raised as brothers.

“We do everything as a family, we’re really inseparable”It’s like this magical existence.” says Briana

Jett and Jax are bonded to all four adults, whom they manage to tell apart despite the striking resemblances. “Sometimes they both want one mom, or they’ll turn around and both want the other mom,” says Briana.

The ever-smiley Jett recently looked back and forth at Josh and Jeremy and called them “two dadas,” and similarly called Brittany and Briana “two mamas” — a moment the family shared with their 210,000 Instagram followers.