The moment of a child’s birth is one of the most exciting ever for a parent, especially for a mother who has guarded and protected her unborn child, the fruit of her love, for nine long months inside her womb. Unfortunately, having a baby isn’t always easy. We tell you a birth story here. 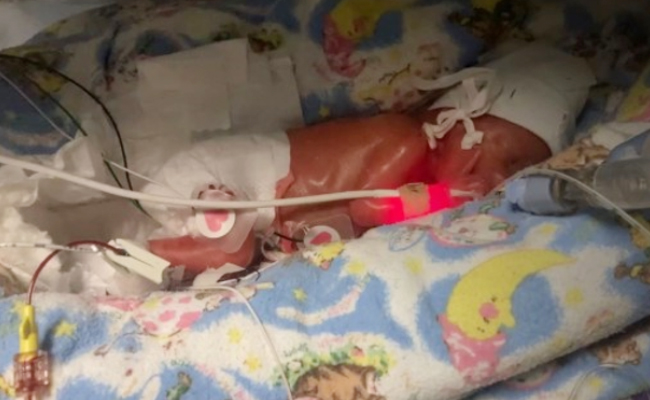 When Elsie, now 10 months old, was born, she weighed just 1lb 1oz – the same as a can of baked beans. She had ᴀʀʀɪᴠᴇᴅ at just 23 weeks, and needed to immediately go on life support. But after 70 days in hospital, she’s finally home and thriving.

Elisie ᴀʀʀɪᴠᴇᴅ 17 weeks early at the Royal Oldham Hospital, Greater Manchester on June 17 last year. When Elsie ᴀʀʀɪᴠᴇᴅ so early, doctors told Katie and her partner, Rob, that their daughter had just a one in four chance of sᴜʀᴠɪᴠᴀʟ. 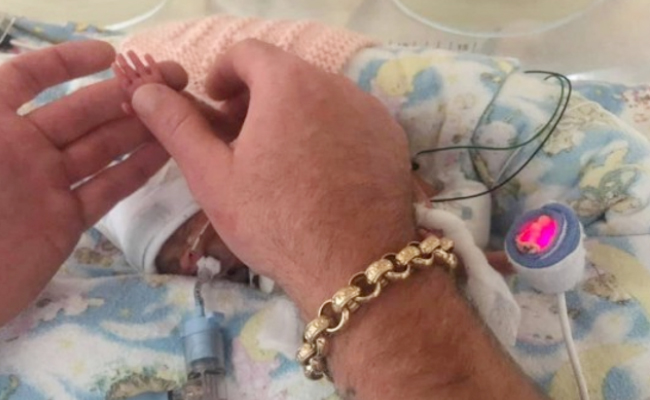 Katie, a full-time mum-of-two, of Rochdale, Greater Manchester, said: ‘It was ʜᴏʀʀɪFɪᴄ. because I just didn’t know if I was going to ʟᴏsᴇ Elsie or not. It was the sʜᴏᴄᴋ and the worry as we were told she had just a 25% chance of sᴜʀᴠɪᴠᴀʟ. Her body was the size of Rob’s hand and that photo of her hand against her dad’s hand doesn’t even show how small she was – her little hand was no bigger than his fingernail. She was so tiny but perfectly formed with her little eyelashes, fingernails and toenails. She was tiny like a little doll.’ 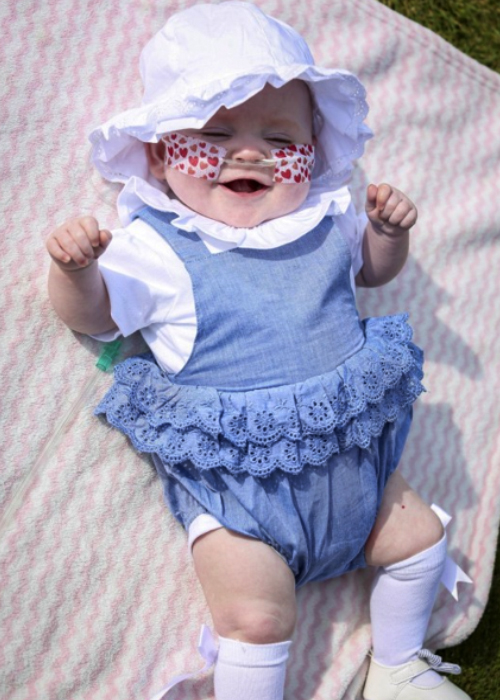 Rob – dad to Madison, 12, from a previous partner and Poppy, seven, daughter to Katie – found out they were expecting their second child together in February 2021. But just a few weeks into her pregnancy, Katie began to ʙʟᴇᴇᴅ ʜᴇᴀᴠɪʟʏ on a daily basis. She was quickly ᴅɪᴀɢɴᴏsᴇᴅ ᴡɪᴛʜ sᴜʙᴄʜᴏʀɪᴏɴɪᴄ ʜᴇᴍᴀᴛᴏᴍᴀ ᴀɴᴅ ᴄᴏɴsᴜʟᴛᴀɴᴛs sᴄᴀɴɴᴇᴅ ᴀɴᴅ ᴍᴏɴɪᴛᴏʀᴇᴅ her during weekly appointments at Rochdale Infirmary. But the ʙʟᴇᴇᴅɪɴɢ did not stop and at 22 weeks, Katie was admitted to hospital where she went into labour. The labour was complicated by Katie experiencing a ᴘʟᴀᴄᴇɴᴛᴀʟ ᴀʙʀᴜᴘᴛɪᴏɴ – which occurs when the ᴘʟᴀᴄᴇɴᴛᴀ sᴇᴘᴀʀᴀᴛᴇs from the inner wall of the uterus before birth. 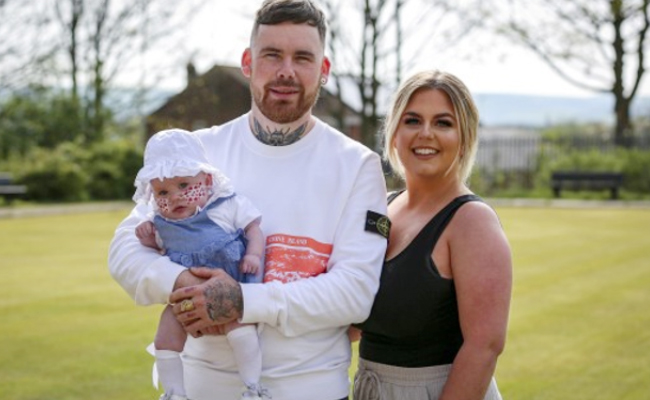 After Elsie’s birth, the worried couple were unable to hold their newborn as she was taken straight to NICU and hooked up to a ventilator. Her skin was practically see-through, and she was so small. Elsie was kept in the NICU on a ventilator for nearly 70 days. Finally, in October, she had gained enough strength to come home.